Welcome To Our Office in Vero Beach, FL. Request Your Appointment Today

If you have ever experienced vision disturbances such as double vision, flashing lights or temporary loss of vision in one or both eyes, you have likely experienced an ocular migraine. These silent migraines come with aura but no ache.

A migraine without pain? Yes, it can happen, and it’s called an ocular migraine.

You might be surprised to know that you can have a migraine without pounding head pain and nausea. It’s called an ocular or ophthalmic migraine, and it’s a form of silent migraine – silent in the sense that it isn’t accompanied by pain. Rather, it’s characterized by a variety of vision disturbances that can appear in one or both eyes, such as seeing spots, zig-zags, flashes of light or double vision, or even experiencing a temporary loss of vision.

Migraine sufferers might recognize these strange vision symptoms and know them as aura, a phenomena that sometimes serves as a warning sign that pain is on the way. But in the case of an ocular migraine, there’s no headache that follows, and the vision symptoms usually resolve themselves within 20 to 30 minutes, says headache specialist Emad Estemalik, MD. 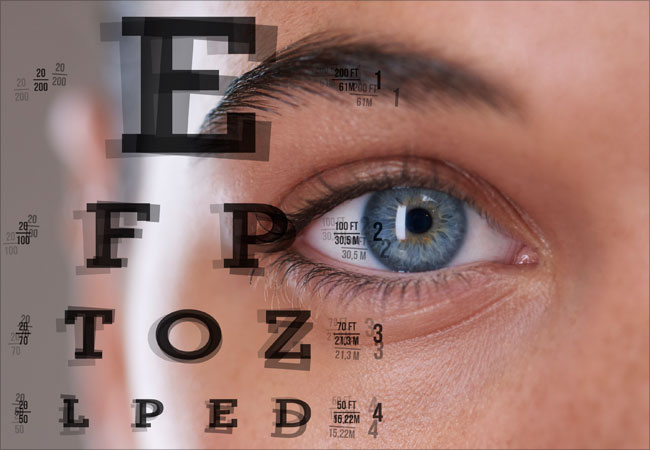 Vision disturbances may include seeing spots, zig-zags, flashes of light or double vision, or even temporary loss of vision.  Photo: health.clevelandclinic.org

They’re thought to originate in a similar way as migraine headaches, by irregular electrical activity in the brain. Genetics play a role in who experiences migraines, and they’re also more common in women. Potential triggers include certain MSG-containing foods, harsh light, stress and changes in weather. Although the root cause is the same, it is not known why some people experience migraine pain after visual disturbances and others don’t – or why the same person might experience both on different occasions.

“It is quite common that as women get older, they might have fewer headaches and less pain but more of these auras,” Dr. Estemalik says.

While ocular migraines themselves aren’t harmful, Dr. Estemalik cautions that other medical conditions can cause vision disturbances, so if anyone experiences this as a new symptom, they should get it checked out by their doctor.

“It can be quite concerning,” he says. “A patient may think something is wrong with their eye, or if it’s an elderly patient, they might worry they are having a stroke.”

If potential eye and heart problems are ruled out, people can think about ocular migraines as a temporary inconvenience.

“Over-the-counter magnesium tends to help ocular migraines and auras in general,” Dr. Estemalik says. “There are other drugs we can prescribe, but this is one simple strategy that can help.”

See your doctor to find out if you have ocular migraine. A professional can rule out other conditions that can cause similar symptoms. Be ready to describe what you went through as completely as you can to provide an accurate account of what’s really going on. 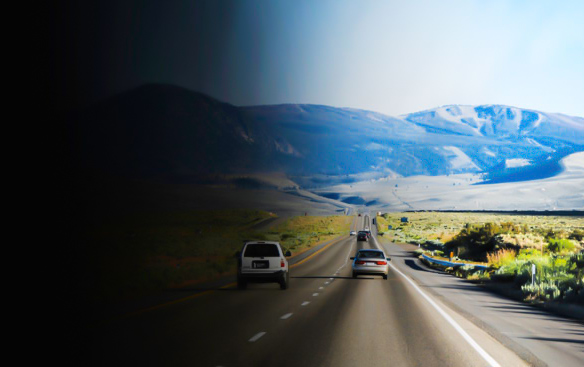 Flashing lights or blindness may be on one side of your vision but actually involve both eyes. Photo: brainandlife.org

You may hear your doctor call ocular migraine by some other names, such as visual, retinal, ophthalmic, or monocular migraines. Warning signs include vision problems that affect just one eye. These include migraine with an aura or a change in vision. It might happen for only a few minutes or up to 30 minutes. It can be hard to tell whether you’re having symptoms in one eye only. That’s because the flashing lights or blindness may be on one side of your vision but actually involve both eyes. If you’re not sure, cover one eye and then the other. Other symptoms include nausea, vomiting and being sensitive to light or sound.

Experts aren’t sure what causes ocular migraine. Some feel that the problem is linked to:

It’s rare, but people who have these types of migraine may have a higher risk of permanent vision loss in one eye. Experts don’t know if medications that prevent migraines — such as tricyclic antidepressants or anti-seizure medications — can help prevent that vision loss. But if you have ocular migraine, even if they go away on their own, it’s a good idea to talk to your doctor about your symptoms.

Font Resize
Contrast
Accessibility by WAH
Call Us Text Us